I have been excited from the minute I saw the email from Indiblogger about the Dove PlayDate that was planned on 11th May.  I had quickly registered and called up my blogger buddy the one I met at the first Indiblogger event. This was an all ladies event held at the JW Marriot Mumbai and the dress code was anything in white!

The first thing we do at every event is register (this was the third event and I'm now getting a hang of it).  The faces are starting to get familiar and I like that feeling of familiarity.  But there were and are always many many new faces. 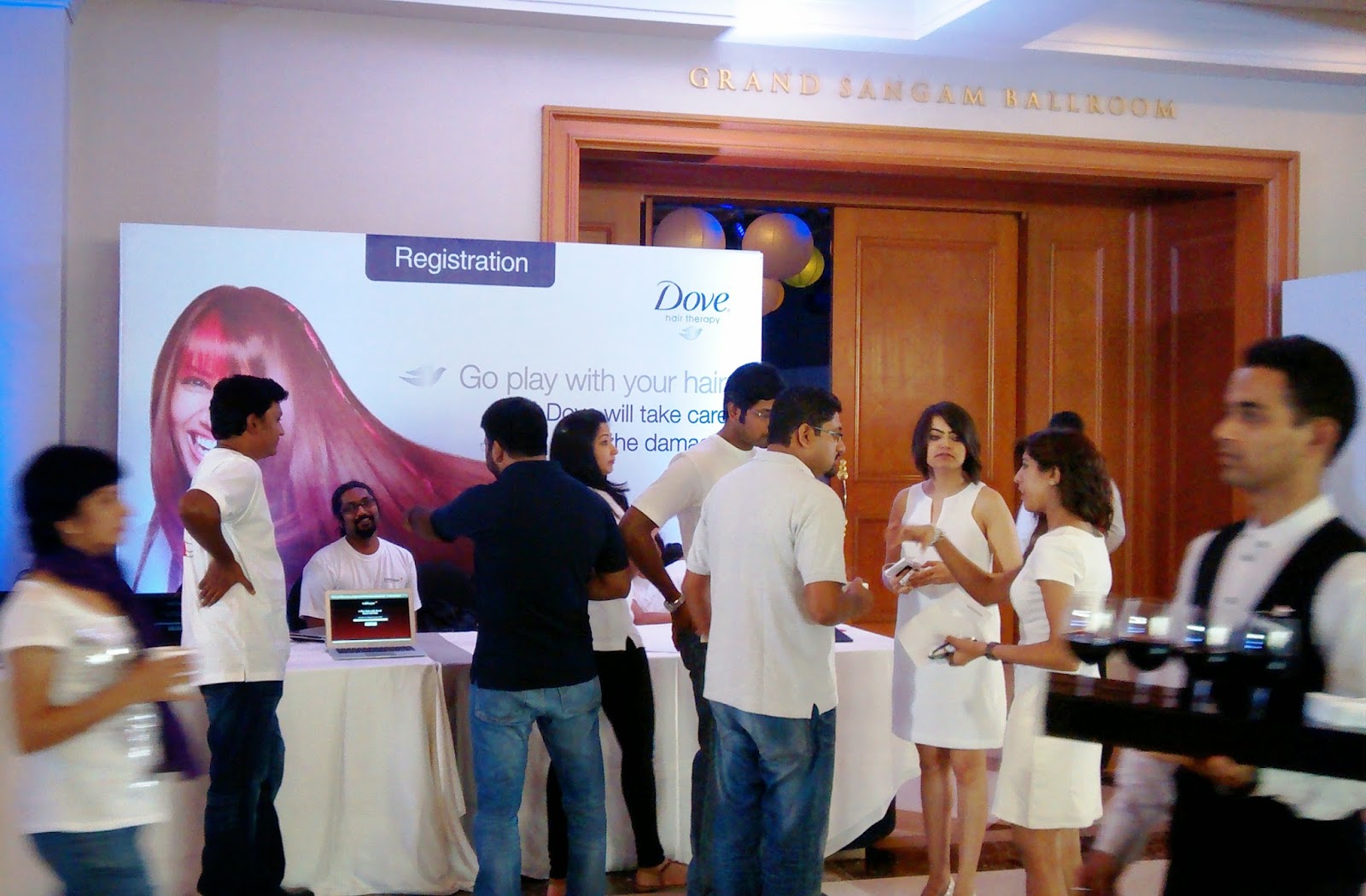 As soon as we registered we were given badges with our name and a wristband with a team number.  All of us were being clubbed into teams. We were handed a map of the area and a list of the activities planned for the day.  It was all so beautiful especially the hall as soon as we entered. 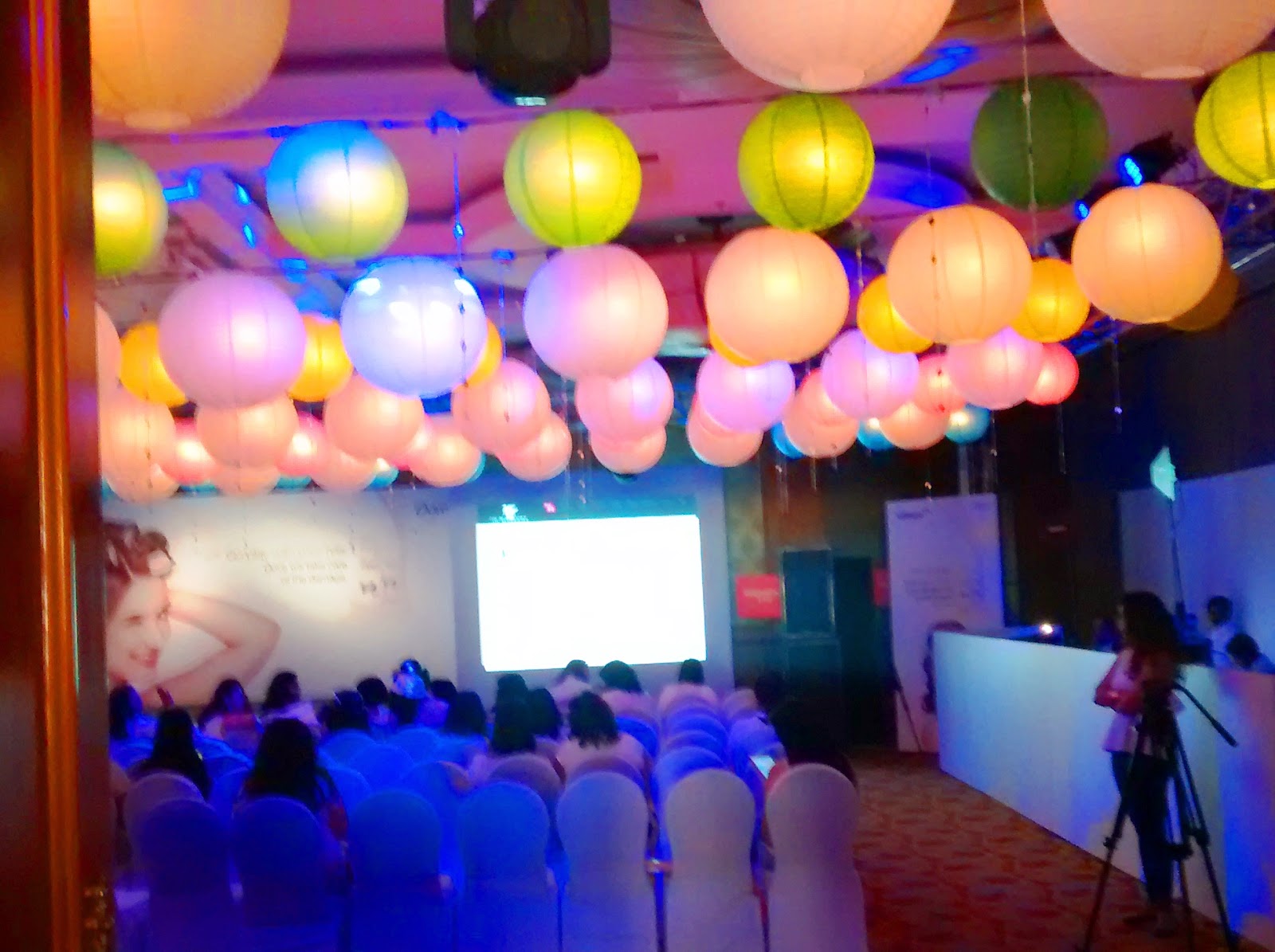 After the intital introduction we were split into teams and asked to name our team after a hair style.  We were 10 ladies and the name we finally decided on was Messy Buns.   There were a few ice breaker games followed by a quick 10 minute Zumba workout.  The workout was invigorating and set the mood for the games ahead.

We were then explained the different games we would play and taken to the different setups.  They were all team building games. One was finding dove balls and tossing them in a basket which was quiet exciting.  Next was a hairstyling game where each lady had to pick a hairstyle and do thier partner's hair. My partner did this very pretty pony and I did her hair in another type of pony (now I wish I had clicked her pic!)

After that was a jigsaw puzzel where we had to put part of a Dove poster together.  We completed it in 3 minutes and felt quiet proud.
The next section was one of the best - Dove Salon where we could get pampered, relax, get a hair cut or styled.  Most laties from the team decided to curl up thier hair.  I went it for a quick trim and the hairdresser suggested I should blow dry my hair straight.  While the stewards served us delicious wine.  It was indeed very relaxing.

However our team had then to go and complete a final task called Hips don't lie - a Hula Hooping activity. None of us were any good so we just got the default score for this.

The last contest of the day was Cocktail Making.  None of us ladies in our team had ever made one.  I assumed we would be given instructions and stepped up for the task.  The judge explained what is absolutely necessary for a good cocktail - Ice, Lemon, Sugar and the Spirits. He also explained what is a large (60 ml) advising that the drink should not be strong and the different types of glasses to be used. We had a choice of three spirits to choose from - Rum, Vodka and Gin.  I had tatsed the Cosmopolitan once and had quiet liked it.  I was told it was a Vodka based drink.  So I decided to replicate it with a little twist.  I put together Raspberry juice, less than half of that large measure and added lemon juice.  This was a drink that had to be shaken - so I was advised by the assistants so I added ice and the mixture to the shaker and after some shaking poured out the drink in a Martini glass.  I added a bit of mint and we decided to name the drink 'Sassy Berry'.  When it was time for the results I was excited but since I had made a drink for the first time thouhgt I might not win and it would be okay.  To my surprise I made it third! I was really happy. Even thought it was a third place but it was something I did for the first time.

After the last event there was prize distribution for the team with maximum scores. Our team did not win but we all made some friends and it was great getting to know them. 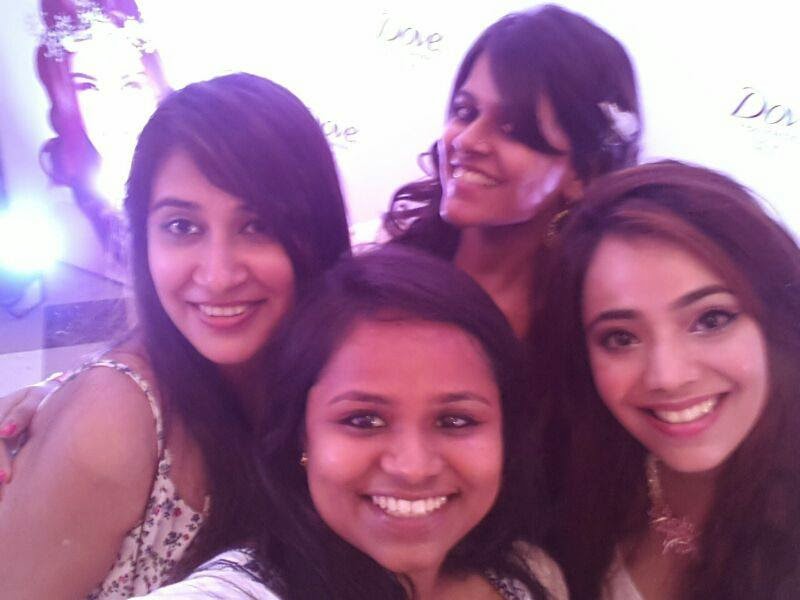 This event was about the new Dove Intense Repair Shampoo.  I have been and advocate of Dove for quiet a few years and this shampoo is the best so far! It really takes care of your hair and let you WHATEVER you want - Iron it straight or make them curl - Dove will take care of the damage. Here's a link to the Dove page with more details on this new shampoo.

Everybody was talking about how this was the best blogger event and it was! It was also one of the most interactive events I ever attended. 11th May was also Mother's day but its made everybody at the feel special.  We were all women, mothers or potential mothers :) DovePlay made our day!